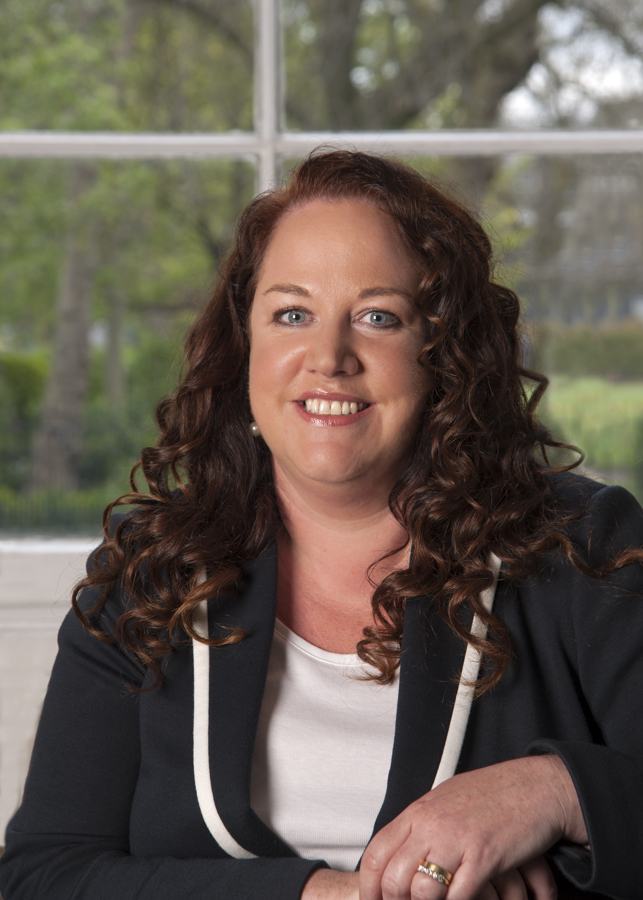 Diane Urquhart is Professor of Gender History in the School of History, Anthropology, Philosophy and Politics (HAPP) of Queen’s University Belfast. The former chair of modern history in the Institute of Irish Studies of the University of Liverpool, Diane is a fellow of the Royal Historical Society. A graduate of Queen’s University, Belfast, she was a postdoctoral fellow in the Institute of Irish Studies at Queen’s and worked as a researcher for the Women’s History Project. Diane is an editorial board member of the Women’s History Review and a committee member of the Ulster Society for Irish Historical Studies. She has published extensively on Irish women’s history, gender and politics including Irish Divorce: A history(2020), The Ladies of Londonderry: women and political patronage (2008), Women in Ulster Politics, 1890-1940 (2000), five edited/co-edited international collections as well as the co-authored Irish Abortion Journey, 1920-2018 with Lindsey Earner-Byrne (2019). Diane is currently working on the first full-length history of the criminal conversation legal suit. 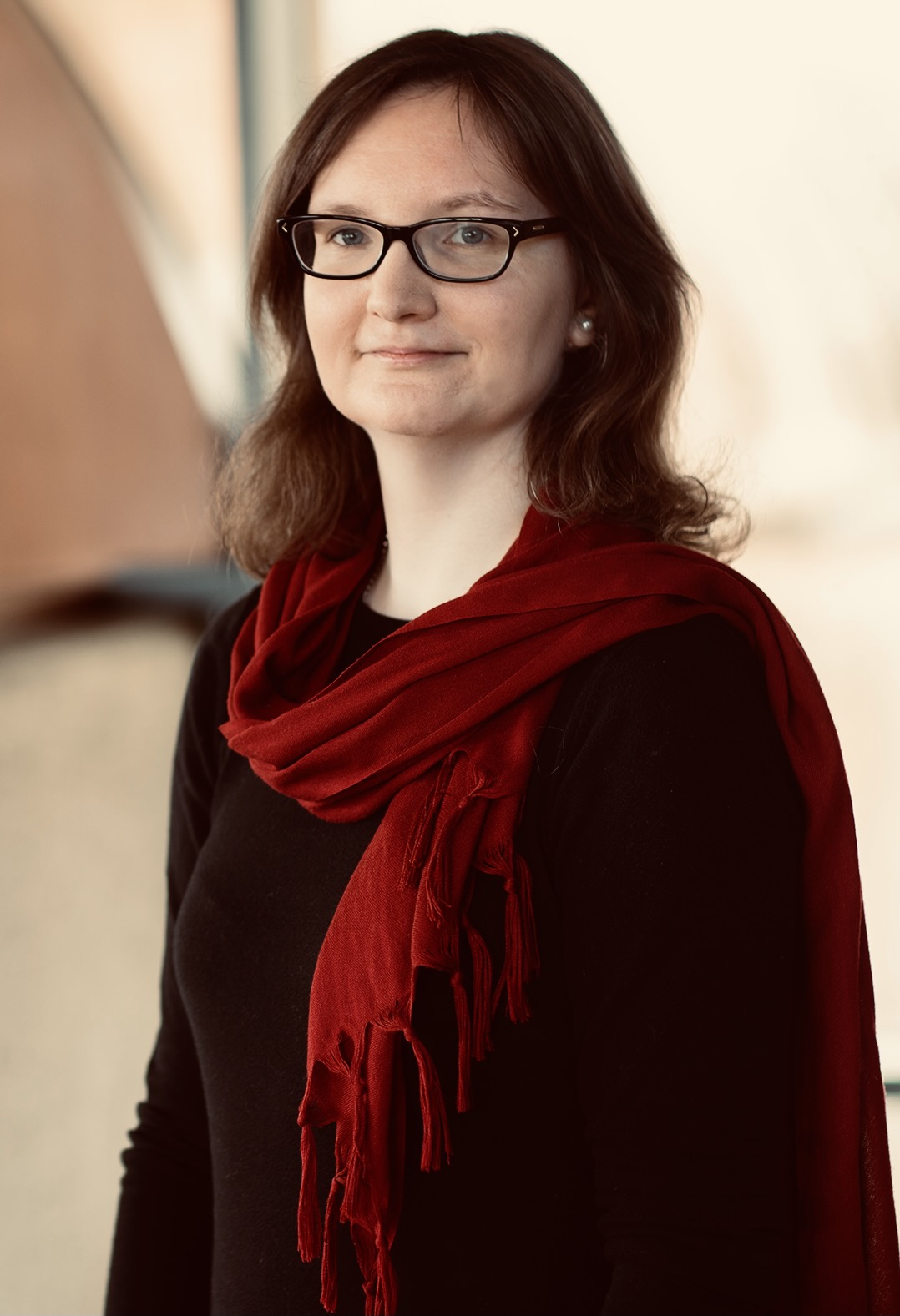 Fionnuala Walsh is a lecturer in modern Irish history in the School of History at University College Dublin. She previously held the National Library of Ireland Research Studentship, and an Irish Research Council Postdoctoral Fellowship at Trinity College Dublin where she also completed her PhD. Her first monograph, Irish women and the Great War, was published by Cambridge University Press in 2020. She has also published several articles and book chapters on aspects of women’s experiences of war and revolution in Ireland, 1914-1922. Her current research interests include the history of gender and everyday life in conflict, and fertility control and motherhood in post-Famine Ireland. 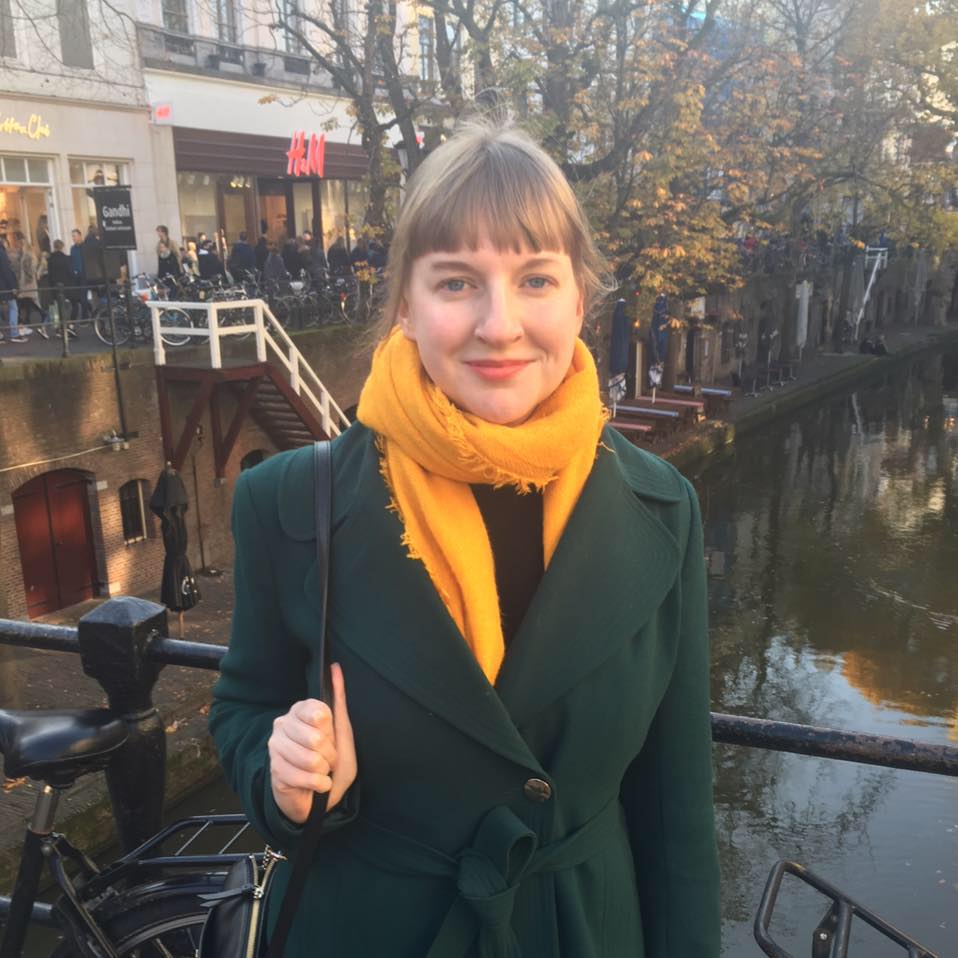 Dr Laura Kelly is senior lecturer in the history of health and medicine at the University of Strathclyde, Glasgow whose research has focused on gender and the history of medicine in modern Ireland. She has published two monographs to date: Irish women in medicine, c.1880s-1980s: origins, education and careers (MUP, 20212) and Irish medical education and student culture, c.1850-1950 (LUP, 2017). She is currently completing her third monograph which emanates from her Wellcome Trust-funded research on Contraception and Modern Ireland, c.1922-92. Laura also holds a Carnegie Trust research incentive grant for a project on Pro-Choice and Pro-Life activism in Ireland in the 1980s and 1990s. 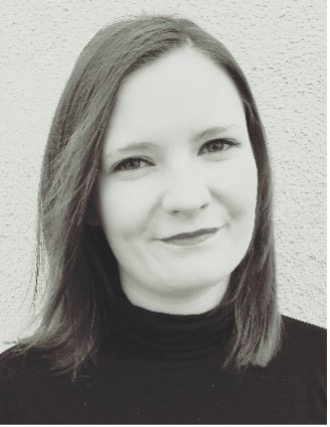 Lorraine has worked on a number of projects including the World Health Organisation funded project; ‘Reproductive Health: The Implementation of Abortion Policy in Ireland’ which developed policy recommendations to the Department of Health, HSE and other key bodies on developing women’s access to abortion in Ireland.

Lorraine has co-authored reports including ‘Galway Medical School and the Medical Examination of Infant Remains’ (NUI Galway) and has a number of forthcoming publications focusing on unmarried motherhood, maternity care and stillbirth in Britain and Ireland.

Lorraine is currently a Postdoctoral Researcher in the Social Science Institute at Maynooth University on the project ‘Digital Preservation of Reproductive Health Resources: Archiving the 8th’. 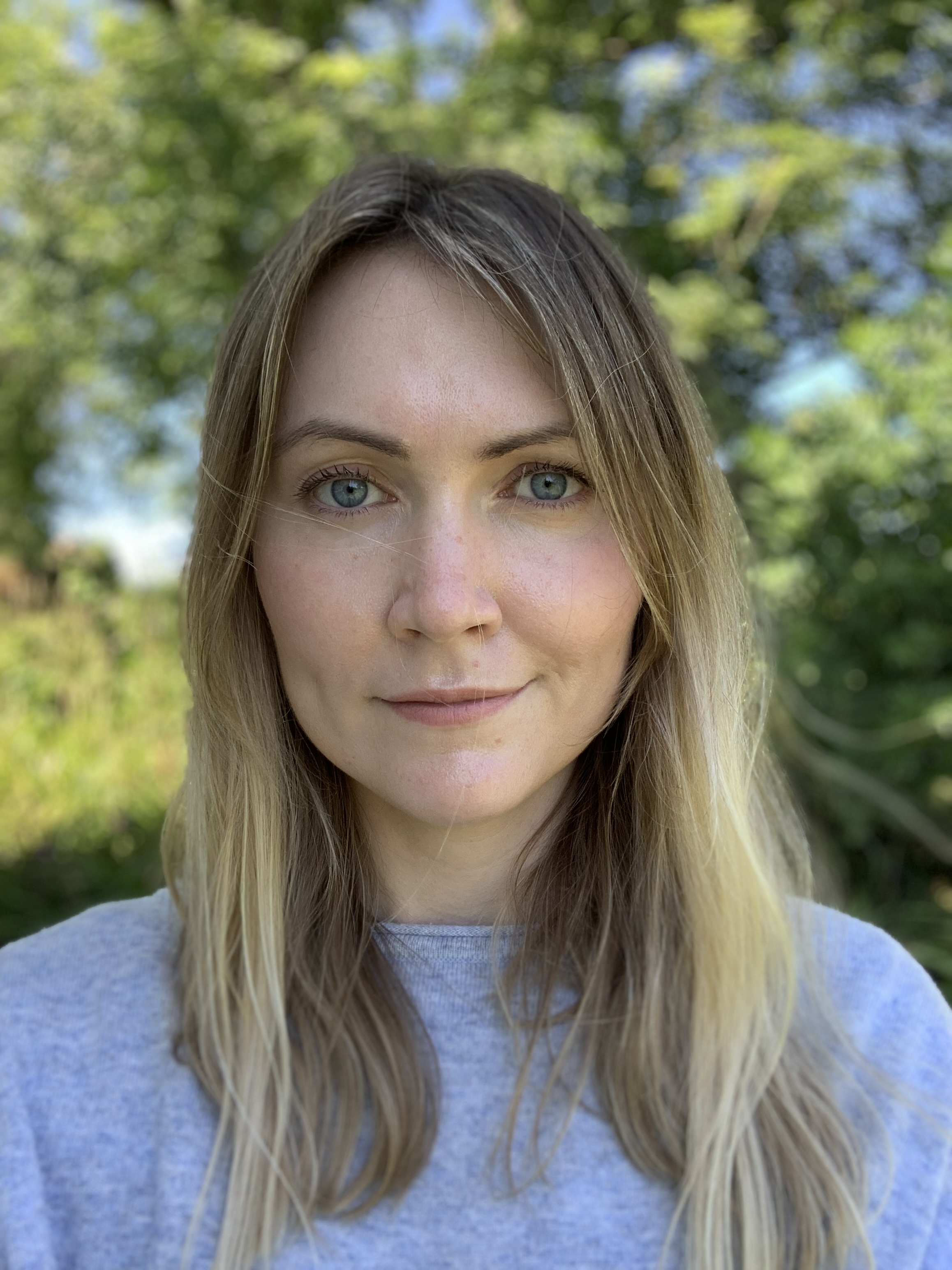 Kristina Decker is in the final year of her PhD in the School of History at University College Cork. She received IRC funding in 2018 for her PhD research project, ‘Women and Improvement in Eighteenth-Century Ireland: the Case of Mary Delany’, which examines the ways in which Mary Delany participated in the cult of improvement across such areas as education, sociability, landscape, and female ‘accomplishments’. Previously, she was awarded the 2017 Desmond Guinness Scholarship for research on the visual arts in Ireland from the Irish Georgian Society. Additionally, Kristina has a MA in Eighteenth-Century Studies from King’s College London where her research focused on lapdogs in the long eighteenth-century. Her research interests include: women’s history and the cultural history of the long eighteenth century, country house and material culture studies, and animal histories. 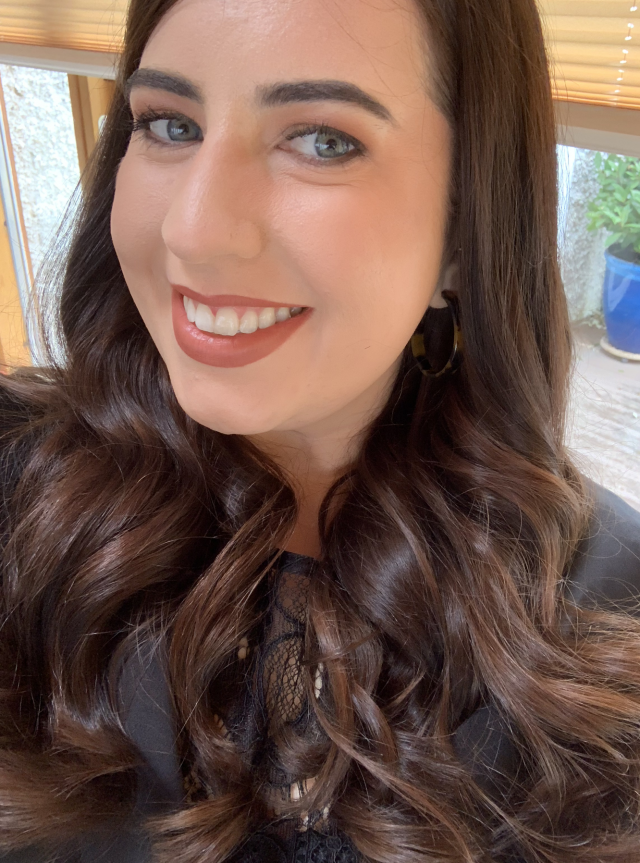 Dr Foley is a historian of modern Ireland with a particular interest in birth control, maternity care, female associational culture and the legal status of women in 20th century Ireland. She has a PhD in History from Dublin City University, and previously studied at Trinity College Dublin (MPhil) and University College Dublin (BA).

As the current Roy Foster Irish Government Research Fellow, she is in the process of revising her doctoral thesis, entitled ‘“Women are Citizens”: Women’s groups and the Commission on the Status of Women in Ireland, c. 1967-1979’, into a monograph which will investigate, in a wider sense, the changing legal and social status of women in Ireland. 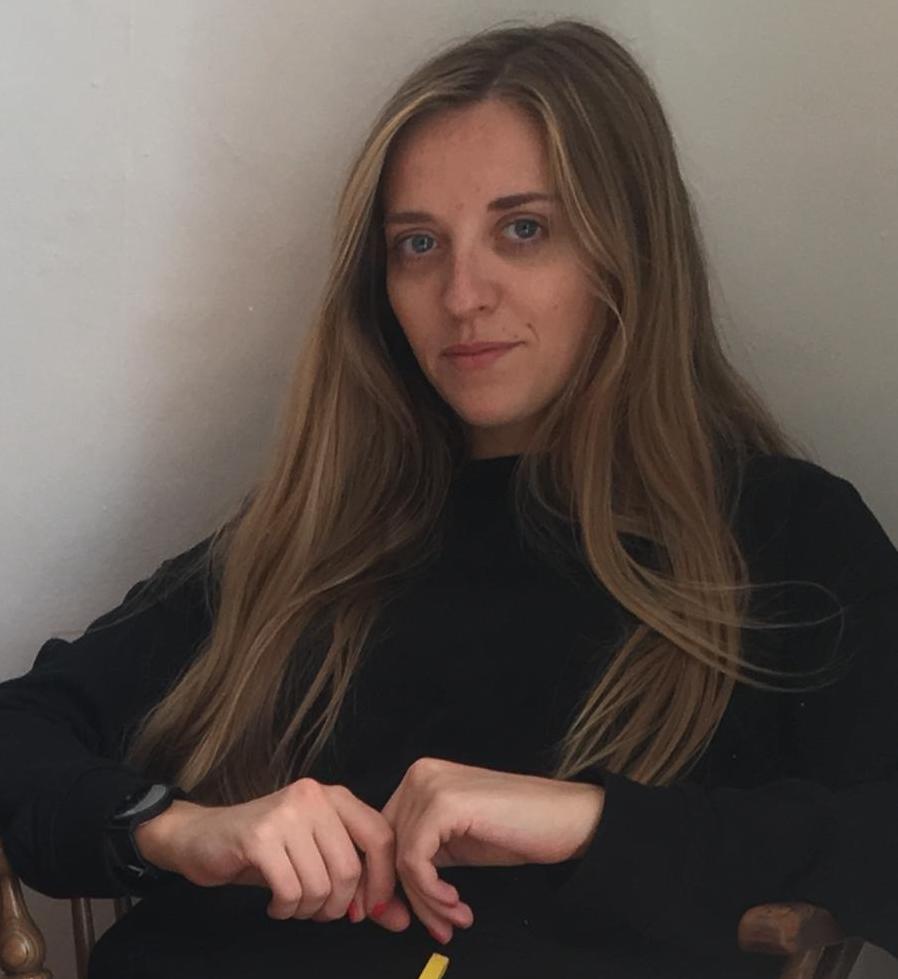 Susie is a PhD candidate at Queen’s University, Belfast. She previously studied at Trinity College, Dublin (MPhil), Balliol College, Oxford (BA) and Sheffield Hallam (PGCE). Her PhD research is funded by a Department for the Economy studentship. It comparatively examines the impact of gender on political imprisonment during the Second World War in Northern and independent Ireland. It considers women’s experiences and explores how lives were changed as a result of imprisonment. It explores the impact of gender on state responses and discusses women’s roles and perception within republicanism.

She has presented widely and contributed to blog posts on many aspects of Irish women’s and gender history. Her previous research has included studies of militancy and Irish suffrage, female activism and trade unionism in the early twentieth century and female associational culture during the Irish Civil War. She previously taught History and English Literature at secondary and FE level in the state sector and is active within a number of initiatives working to widen access to higher education for marginalised groups. 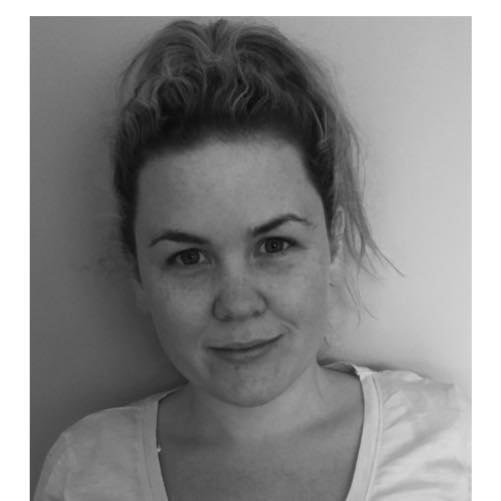 Judy Bolger is a PhD researcher in the department of Modern Irish History at Trinity College, Dublin. Her PhD research examines the social discourse surrounding impoverished mothers and women’s experiences of maternity and motherhood in Irish workhouses during the late-nineteenth and early-twentieth centuries. This project is funded by the Trinity College, Dublin 1252 Postgraduate Research Scholarship. She received a first-class M.Phil. degree in Modern Irish History from Trinity College, Dublin (2017) in which her thesis research examined the social history of Irish breastfeeding during the nineteenth century. She also holds a first-class Honours B.A. Degree in English and History from Carlow College where her undergraduate thesis assessed reproductive insanity and women’s admissions into the Carlow District Lunatic Asylum. As the winner of Carlow College’s dissertation of the year, a copy of this thesis is held within the Delaney Archives, Carlow College. Her research on the representation of workhouse mothers within nineteenth-century Irish newspapers was published in Historical Studies (2019) and she has contributed blogs entries of her research to platforms such as Perceptions of Pregnancy. Judy has presented widely on many aspects of Irish women’s history and has a keen interest in triangulating the role of class and gendered discourse within the history of women’s perceived roles in Irish society. 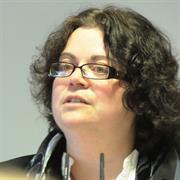 Mary McAuliffe is Assistant Professor / Lecturer in Gender Studies at UCD, specialising in Irish women’s / gender history. She completed her BA (Hons) and PhD at the School of History and Humanities, Trinity College, Dublin (TCD). She is the co-author on ‘We were There; 77 Women of the Easter Rising’ (Four Courts, 2016) and co-editor of
‘Kerry 1916; Histories and Legacies of the Easter Rising’ (IHP, 2016). ‘We were There, 77 Women of the Easter Rising’ was chosen by Dublin Public Libraries as its book of the 2016 commemoration of the 1916 Rising. Her most recent publication was a biography of the Scottish-born Irish revolutionary, suffrage, and trade union activist, Margaret Skinnider, published in 2020 by UCD Press.  Her ongoing project is on gendered and sexual violence during the Irish War of Independence and Civil War, and that will be published in 2022, and
she is also writing on Kilkenny and the Revolution for the Four Courts Press County Series. Mary has been involved in several public history projects including the 1916 exhibitions and commemorative quilt project at Richmond Barracks and 1916 centenary exhibition at the Royal College of Surgeons. She coordinated the 2014 commemoration conference of the centenary of the founding of Cumann na mBan (1914) in association with the Dept of Arts, Heritage and the Gaeltacht and the WHAI. She was President of the Women’s History Association of Ireland (2011-2014) and is still a committee member. She was a member of the National Archives of Ireland Advisory Council (NAAC) (2012-17). She is on the Advisory Board of the Irish Association of Professional Historians. As well as publications she contributes to history documentaries, radio, tv, news media and has an active online presence at @MaryMcAuliffe4 and @rebel_women_ire
email: mary.mcaulif@ucd.ie 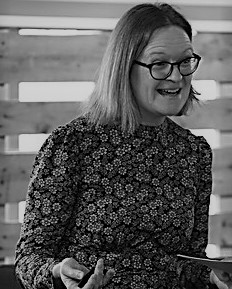 Dr. Liz Kyte has recently completed a PhD in UCC Women’s Studies, ‘Feminist Fusions: Irish Socialist Feminists, 1900s-1940s’.  Having taken the UCC MA Women’s Studies in 2005, Liz focused on the links between trade unions and the Irish women’s movement for her MA research.  Liz has a background as a development educator for international development agencies.  Liz’s research interests include the history of Irish feminism, radical histories and feminist biography. As well as contributing to the MA Women’s Studies programme and ACE Diploma in Women’s Studies, she is currently working on publishing her PhD as a monograph. 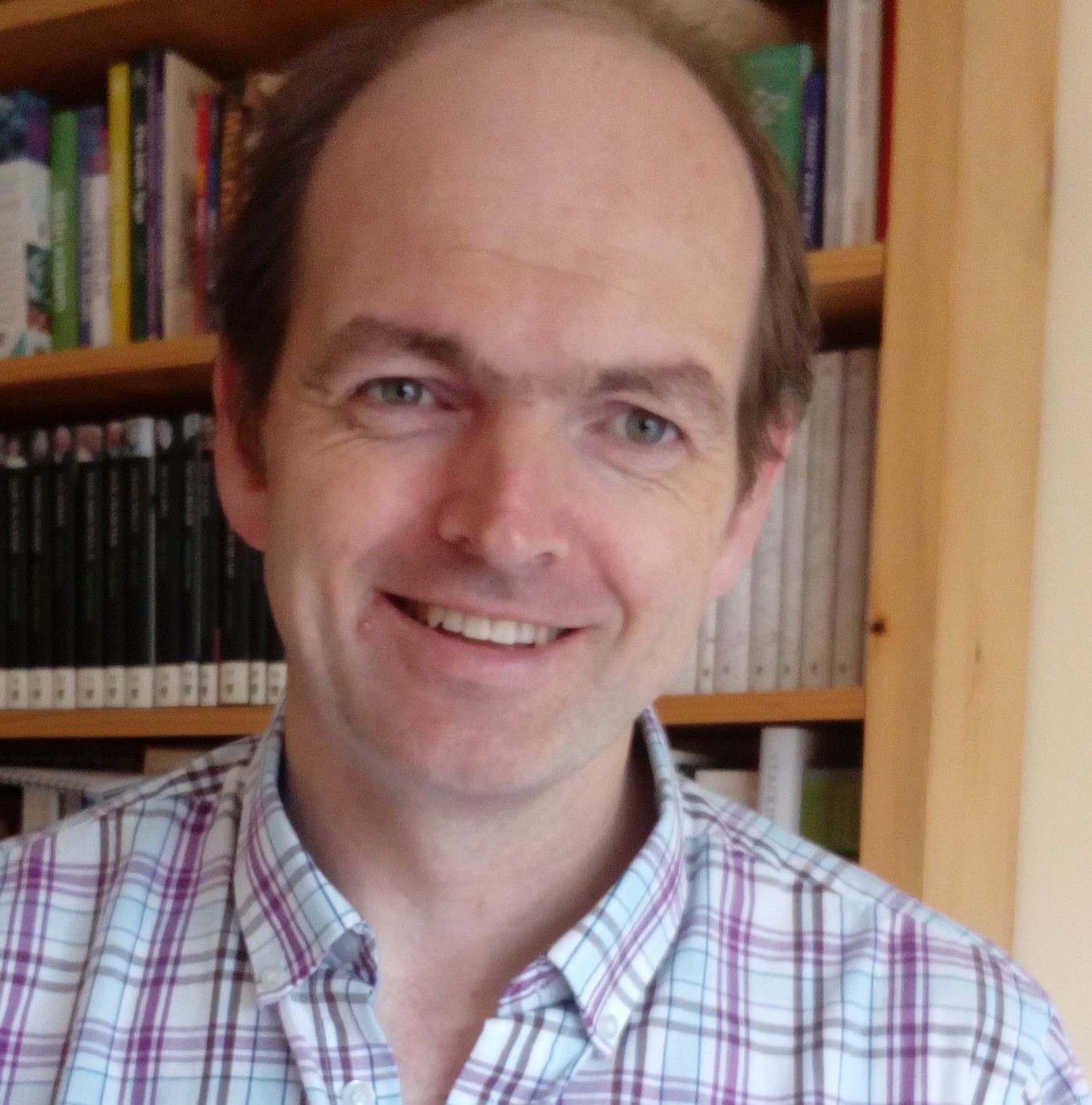 Martin Walsh is an independent Historian whose main research interest lies in the study of the social purity groups in both England and Ireland that sought to protect young women from immoral influences as they migrated/emigrated in search of employment at the end of the nineteenth century and turn of the twentieth century. He is currently working on a monograph based on his PhD which will examine the concerns social purity groups had about working-class women becoming a visible presence in the public sphere in both England and Ireland in the late nineteenth and early twentieth century. His first book, Richard Devane SJ Social Commentator and Advocate, 1876 -1951, was published in 2019. 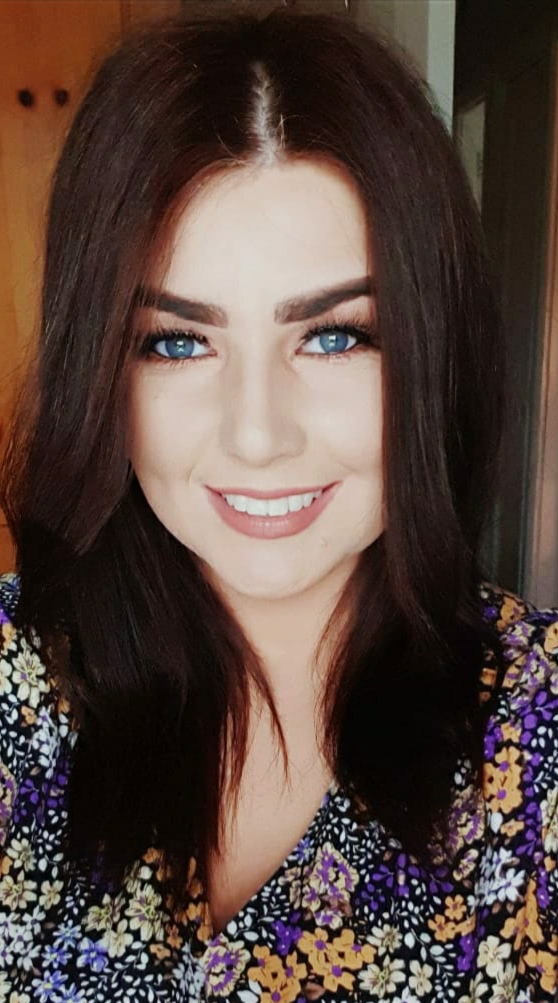 anya Higgins-Carey is a historian of medicine with a particular interest in the charitable hospital and maternity history, hospital finance, management and governance, nursing education and the early evolution of clinical birthing practices and medical advancements in the field of obstetrics and gynaecology. Tanya holds a BA from Mary Immaculate College where she is researching her PhD under the supervision of Dr Clodagh Tait. She was awarded an assistantship to fund her research by the Department of History, where is currently employed as a tutor. Tanya has presented her work widely, nationally and internationally.