On 2 April 1914 a meeting of female nationalists was held in Wynn’s Hotel in Dublin.  This was to announce the formation of a new organisation for women, Cumann na mBan.  Cumann na mBan was to become the most influential woman’s group in early 20th-century Ireland, and had its origins in two powerful ideologies which were driving the socio-political transformation of Ireland (and Europe) in the first decades of the 20th century – nationalism and feminism.  Between 1914 and 1922 thousands of Cumann na mBan women participated in the Irish nationalist struggle and it is these women who were commemorated on the 100th anniversary of its foundation in 2014. As much of the work and activities of the Cumann na mBan women has been forgotten or overlooked in the historical record, 2014 seemed the opportunity to bring the contribution of nationalist women to the Independence struggle fully into the light.

A special stamp was produced by An Post (the Irish postal service) to commemorate the 100 year anniversary of the formation of Cumann na mBan.

Between 2-5 April 2014, the Women’s History Association of Ireland (WHAI) in association with its partners, the Department of Arts, Heritage and the Gaeltacht, Glasnevin Museum, and the National Museum of Ireland, Collins Barracks, hosted a series of events to mark the centenary of the foundation of Cumann na mBan.

A national commemoration for Cumann na mBan was held in Glasnevin Cemetery, Dublin on the morning of 2 April. As part of the official state ceremony, President of Ireland, Michael D. Higgins, laid a wreath at the Sigerson Memorial, Glasnevin Cemetery, to commemorate the women of Cumann na mBan. This was followed by music from the Army Band and historic readings, and a guard of honour by the Irish Defence Forces.  Guests stood for a one-minute silence, followed by the national anthem. Minister Jimmy Deenihan, Minister for Arts, Heritage and the Gaeltacht, and other organisations laid wreaths at the grave of Cumann na mBan member Elizabeth O’Farrell as a symbol of the contribution of the many thousands of other members.

After the official ceremony a special exhibition on Cumann na mBan was opened in the Glasnevin Museum.  John Green, the chairman of the Glasnevin Trust, addressed the invited guests. President Michael D. Higgins and Minister Jimmy Deenihan also addressed the audience. A memorial lecture to commemorate Cumann na mBan was delivered by Dr Mary McAuliffe, the then President of the WHAI.

On 3 April, Minister Jimmy Deenihan unveiled a specially commissioned plaque at Wynn’s Hotel, Abbey Street, Dublin, which commemorated the first Cumann na mBan meeting at this location in 1914.  This will hang beside the plaque commemorating the Irish Volunteers, who held their first meeting in Wynn’s Hotel in 1913.

In opening the event, Dr Conor Reidy, Secretary of the WHAI, paid tribute to the strong collaborative effort between the Association and the Department of Arts, Heritage and the Gaeltacht and, in particular, Minister Jimmy Deenihan’s commitment, time and energy to the commemoration. Julie Loftus, representing Wynn’s Hotel, spoke to the audience about the pride felt by the establishment in having such a strong role in this extraordinary part of Ireland’s history. 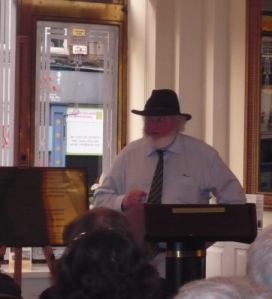 A number of direct descendants of the original Cumann na mBan committee were in attendance. Proinsias O’Rahilly, whose grandmother was at the founding table in 1914 , shared his memories, insights and personal stories. The then president of the WHAI, Dr Mary McAuliffe, delivered a historical analysis of the organisation and its legacy.

The brief unveiling was followed by a fascinating recreation of the first meeting of Cumann na mBan performed by the Dublin-based theatre group Anu Productions. The talented performers, dressed in costume and using a script that

was loyal to the historical understanding of the original event, invited members of the audience to join in the ‘meeting’ and the discussion.  The rest of the audience circled the table, listening to the various conversations. After having left the

meeting room, the performers, still in character, fanned out around the hotel and approached individuals at random, sharing anecdotes, slogans or asking questions in hushed tones. The performance was described as ‘stunning’, ‘spellbinding’                                     and ‘memorable’ by those in attendance.