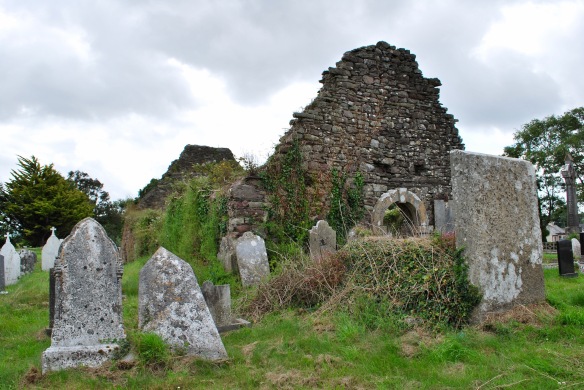 – Graveyard in Rathcooney, Co. Cork where Anna Maria Chetwood’s father, Revd John Chetwood, is buried. He was rector of that parish until his death in 1814. Photo: Angela Byrne.

The WHAI Anna Parnell Travel Grant funded a five-day research visit to London in September 2017, where I consulted archival material in the British Library and Senate House Library, University of London.

My research is on Anna Maria Chetwood and her extended social circle of Anglo-Irish writing women. The circle had a strong Cork connection, as Chetwood was born and raised near Glanmire, and was a friend and sister-in-law of Martha and Katherine Wilmot, who are best known for their posthumously published accounts of their residence in Russia in 1803–08. The circle was varied, and included Margaret King, various genteel women living in Munster, and Anglo-Irish families who had removed to Clifton near Bristol.

My first task was to search for further evidence relating to the authorship of two anonymous novels – Blue Stocking Hall (first published 1827; 2nd edition 1829) and Tales of my Time (1829) – both of which were published by Henry Colburn. The authorship of these works has been in question since the time of their publication, having previously been commonly attributed either to Barbarina, Lady Dacre or to the Unitarian minister William Pitt Scargill, even though in 1839 the Cork antiquary John Windele publicly identified Anna Maria Chetwood as the author of Blue Stocking Hall, and indicated that she may have written other novels. However, Windele’s short account of Chetwood’s life was rife with errors, so his attribution of the novels to Chetwood cannot be taken as accurate. The vast archives of the Bentley and Colburn publishing house can be consulted on microfilm in the BL. While the collection has been indexed, the index is not without gaps. The archive is extremely patchy for the period prior to 1829, but I did find evidence that helps to clarify the authorship question. I am still analysing this material and it must be considered in conjunction with other evidence, so I am reluctant to draw any firm conclusions for the purpose of this short report. My findings will, in due course, be published in a journal article. 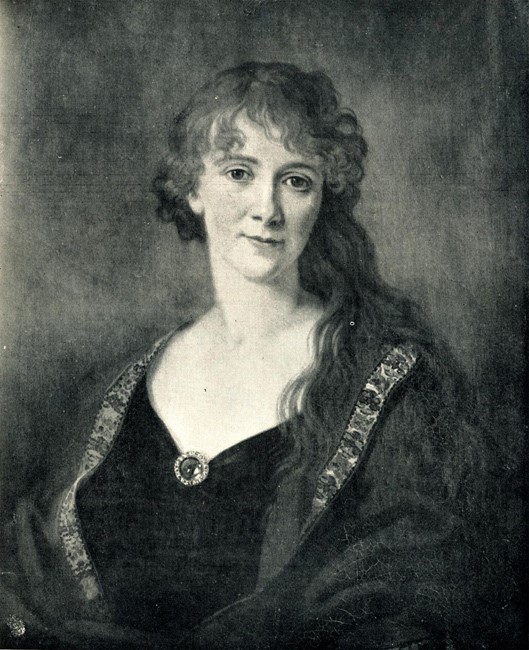 – Portrait of Martha Wilmot, taken in Russia by an unknown artist. First published in E. Stewart and H.M. Hyde (eds), The Russian Journals of Martha and Katherine Wilmot (London: Macmillan, 1934).

Chetwood also wrote poetry, and her talent seems to have been valued by those close to her. Her unpublished poems survive as part of the Wilmot collection in the Royal Irish Academy, and in a commonplace book held at Senate House Library. This commonplace book belonged to Elizabeth Wilmot, née Chetwood – Anna Maria’s sister, and sister-in-law to the Wilmots by marriage to their brother Robert. The book’s 135 leaves brim with original compositions as well as excerpts from the works of celebrated Irish poets of the day, including Thomas Moore and Eyles Irwin. The book is also of interest as an intergenerational and extra-familial conversation, with original contributions from Elizabeth, Anna Maria, and their father, as well as pieces by friends of the extended family, including at least half-a-dozen original pieces by Frances Sally Irwin, daughter of Eyles Irwin. Elizabeth copied most of the content into the book herself. Some of the pieces were epitaphs for friends and family, such as Chetwood’s brother John (1779–1805); Anne Christian, Baroness Hompesch (1775–1803), “written at the request of the Baron”; and James Currie, biographer of Robert Burns and likely a friend of Chetwood’s father, Reverend John Chetwood, a man of literary turn in his own right. One of the most interesting of Chetwood’s compositions is an epitaph “To the Memory of the Late Unfortunate Robert Emmet” – Chetwood and the Wilmots were friends of Sarah Curran, and Chetwood’s father wrote her epitaph upon her untimely death in 1808.

My ongoing research will not only establish the extent and importance of Chetwood’s network, but will also correct some serious and repeated errors in Chetwood’s biography. I have established her (heretofore unknown) dates of birth and death (7 Feb. 1774–12 Dec. 1870), and can remove the tentative parentheses placed around her given names in the Dictionary of Irish Biography. I have ascertained that she never married, and that she lived in Cheltenham from at least 1833, until her death. Contrary to John Windele’s oft-repeated assertion of 1839, Chetwood never travelled to Russia as a guest of Princess Ekaterina Romanovna Dashkova – that wonderful experience belonged to Martha and Katherine Wilmot. I hope that my research will correct the record of Chetwood’s life and literary imagination, to add a forgotten and misrepresented author to the existing bibliography of Irish women writers – and one whose corpus of work has so much to say about the political, literary, and aesthetic concerns of a rural but internationally well-connected group of nineteenth-century Anglo-Irish writing women.

London is expensive, so I opted to stay in the YHA hostel on Euston Road, directly across from the BL. In addition to the hostel’s affordability and convenient location, the other guests in the dorm proved pleasant company, and I shared Chetwood’s story with them. Sincere thanks to the WHAI for their support in making this research possible.

Dr Angela Byrne is Research Associate in History at the School of Arts and Humanities, Ulster University.